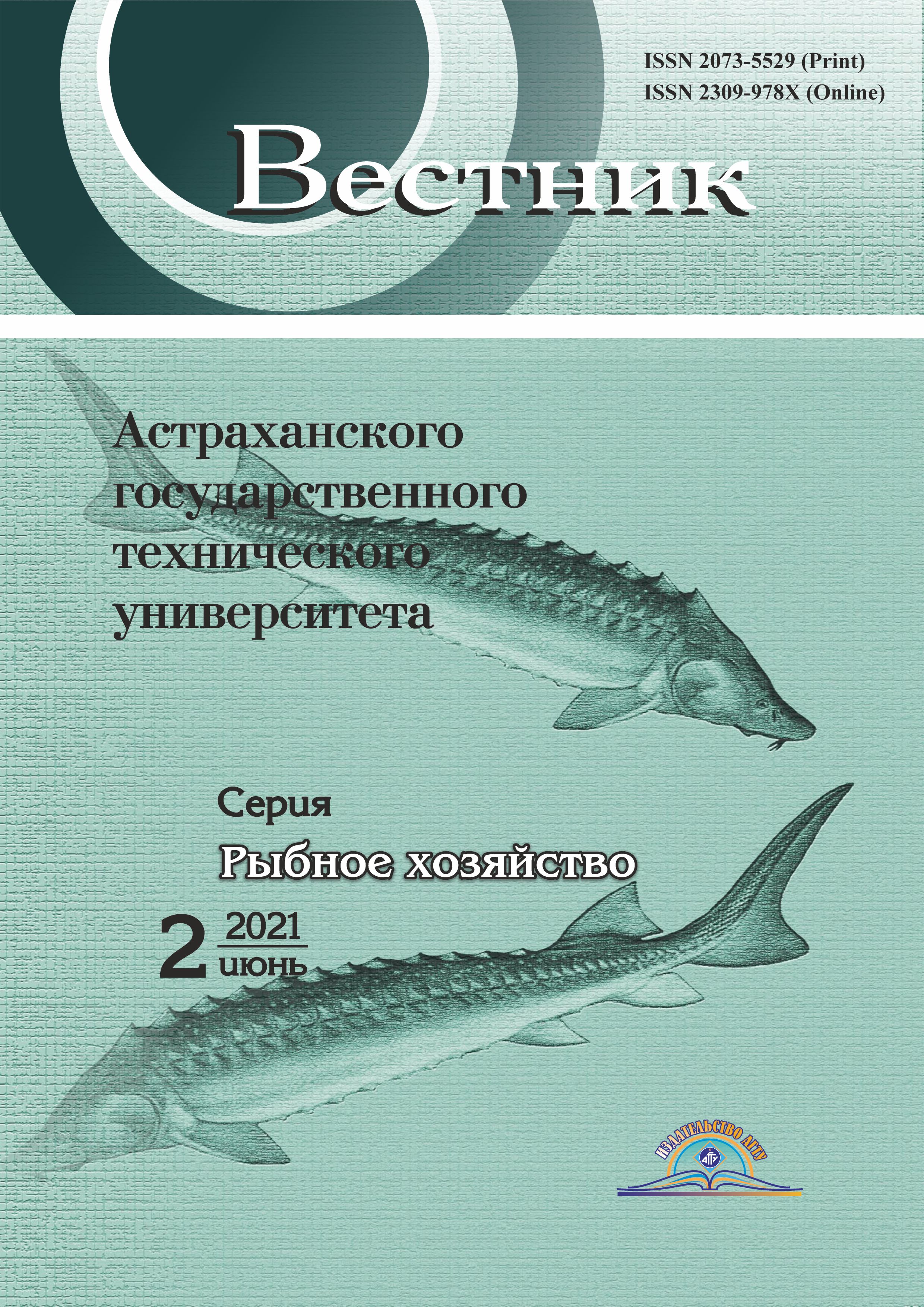 Language:
Russian, English
Keywords:
fishing, Lake Ozgent, hydrochemical parameters, carp species, growth
Funding:
This research has is funded by the Ministry of Ecology, Geology and Natural Resources of the Republic of Kazakhstan (Grant No. BR10264236 Scientific-technological support for the integrated development of aquaculture in Kazakhstan through the implementation of innovative technologies and new fish-farming objects).
Abstract and keywords
Abstract (English):
The article presents the results of the researches conducted on Lake Ozgent (the Kyzylorda region). The data on hydrochemical regime of the lake, ionic composition, composition of biogenous compounds, oxygen and thermal regimes were collected and analysed. There has been done the assessment of food supply and current state of the ichthyofauna. According to the obtained data, the recommendations about using Lake Ozgent were made, the recommended meliorative events (meliorative fishing, repair of hydroconstructions) were held and stocking the fishing material of carp was carried out. Based on the work results it has been established that in the conditions of Lake Ozgent the pure gain in 5 months of cultivation (on extensive technology when using only the natural food supply) made 385.6 g in a carp, 301.4 g in a white silver carp and 428.7 g in a grass carp. In the full catch of commodity fish species, the overall fish productivity of Lake Ozgent will make 101.9 kg/hectare, of them carp will take 43.4 kg/hectare, grass carp - 13.5 kg/hectare and white silver carp - 45 kg/hectare. The growth of the grown-up fish in Lake Ozgent corresponds to biotechnical standards of fish cultivation in the in polyculture of the feeding lakes.

4. The determinant of freshwater invertebrates of the European part of the USSR. Resp. edit. L. A. Kutikova and Ya. I. Starobogatov. Leningrad, Gidrometeoizdat, 1977. 512 p.

6. Pankratova V. Ya. Larvae and dolls of mosquitoes of a subfamily of Podonominae and Tanypodinae of fauna of the USSR. Leningrad, 1977. 154 p.